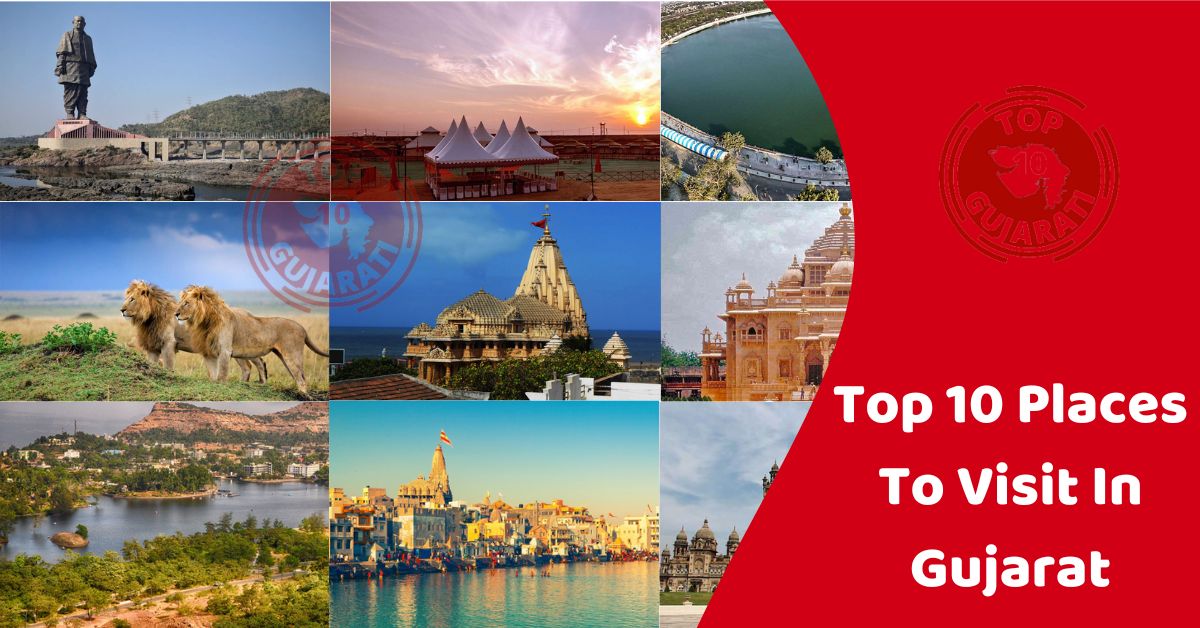 The Statue of Unity is one of the monuments heralded in India. It is considered the tallest statue in the world. This statue depicts the Iron Man of India, Sardar Vallabh Bhai Patel. He was the first Home Minister and Deputy Prime Minister of independent India. The statue is approximately 597 feet tall, almost twice the height of the Statue of Liberty in the United States. The 135m high gallery can accommodate 200 people at a time and offers breathtaking views. Take in the mesmerizing views of the Vindhyachal and Satpuda mountains and the view of the dam. It took him 46 months to complete and build this statue. Iron was collected from all over the country. This statue attracts thousands of visitors.

Ran Of Kutch is one of the most beautiful places in Gujarat, situated between the Thar Desert and the magnificent Arabian Sea. The entire area is covered with sand and salt and is truly a natural wonder. On a full moon night, the entire area glows like a diamond, exuding a surreal tranquility, so it’s best to spend the night here. The cultural program takes place on the night of the full moon, the tents are pitched and the spectacular scenery is yours for the night. It is one of the most attractive places in Gujarat.

Ahmedabad is the state’s largest city and probably the first place that comes to mind when someone talks about Gujarat. The city is rich in heritage and culture, making him one of the most famous places in Gujarat. Ahmedabad’s major attractions include Sabarmati His Ashram, Akshardham Temple, and Kankaria Lake.If you plan to spend a day here, the International Kite Festival held in the city each year is a must. The sight of colorful kites of all sizes coloring the sky is a sight to behold.

If you are Indian, you must have heard the name of Somnath Temple. Because it has an interesting story and ancient history associated with it. The Somnath temple is one of the holiest jyotirlingas of Lord Shiva and another popular mention of him in this list of tourist attractions in Gujarat. Lying on the shores of the Arabian Sea is now just a religious site, which is amazing. Temples have been built and destroyed many times. It was first built in gold by Lord Soma, then in silver by Lord Shiva, in wood by Lord Krishna, and finally in stone by King Bheemdev. The temple is now safe and towering, attracting many visitors seeking blessings.

Gujarat’s only hill station, Saptara is nothing short of a boon to escape the scorching heat of the rest of Gujarat. Located near a densely forested area, Saptara is one of Gujarat’s top tourist attractions and attracts a lot of attention from travelers from all over the world. This place has a huge lake surrounded by many resorts.The temperature here is not too cold, but the best time to visit Saptara is during the monsoon season when the place is shrouded in fog. Saptara’s main attractions include artisan villages, boat clubs, tribal museums, cable cars and many other activities. It is one of the most romantic places in Gujarat to add to your bucket list.

One of the famous and revered Char Dham Hindu pilgrimage sites, Dwarka is said to be the ancient kingdom of Lord Krishna and the first capital of the state. With so much to do in Gujarat and with its serenity and tranquility, Dwarka is one of the best tourist attractions in Gujarat. Located at the mouth of the Gomti River, Dwarka attracts Hindus from all over the world.The beach next to the temple is a great place to see sea turtles, squid, sea urchins and starfish. The best time to visit the Dwarka Temple is during the festival of Krishna His Janmashtami. The Gujarat attractions mentioned above are must-see attractions if you are vacationing in the state. But don’t forget to check Adotrip for the cheapest airfares, best hotels and fun tour packages. With us, nothing is too far away!

Located on the banks of the Sabarmati River, Gandhinagar is the administrative capital of Gujarat. The city is named after Gandhiji, the father of the nation. This city is he one of the most planned cities in the country. It is a very large city with many tourist attractions. Children’s Park, Sarita Udian, Swaminarayan Temple, Fossil Park, Indroda Dinosaur, Rani Roopmatis Mosque, Fossil Park and Capital Park. Akshardham Temple is a must-see in the city. These are some of the major tourist attractions in Gujarat. Known for its architectural beauty, the temple consistently ranks at the top of visitors’ wish lists.

Lothal is the site of an ancient civilization discovered in 1954. It is a 4,500-year-old city that existed during the Harappan era. The scientific layout of the city made him one of the most controversial civilizations. It is an important seaport and was home to a huge shipyard in ancient times. A glistening snow-capped Pushupawatiganga runs six miles (6 km) behind the valley. Visit in mid-July and August for a visual extravaganza of beautiful flowers nestled with colorful butterflies. It is located in western Gujarat. Located 85 km from Ahmedabad, it was supposed to be on the banks of the legendary river Saraswati, which is now dry.

Once the world’s largest private residence, Lakshmi Vilas Palace was built by Maharaja Sayajirao Gequad III. Lakshmi Vilar Palace occupies more than 700 hectares of his land and has many buildings such as Motibaug Palace and Maharaja Fathesin Museum. Aside from the palace’s opulence, its collection of marble, bronze and terracotta sculptures and armory is a must-see attraction, making the Lakshmi Villa Palace one of Gujarat’s most famous sites. The palace is still the royal residence of the Vadodara royal family, but it is open to tourists to visit. 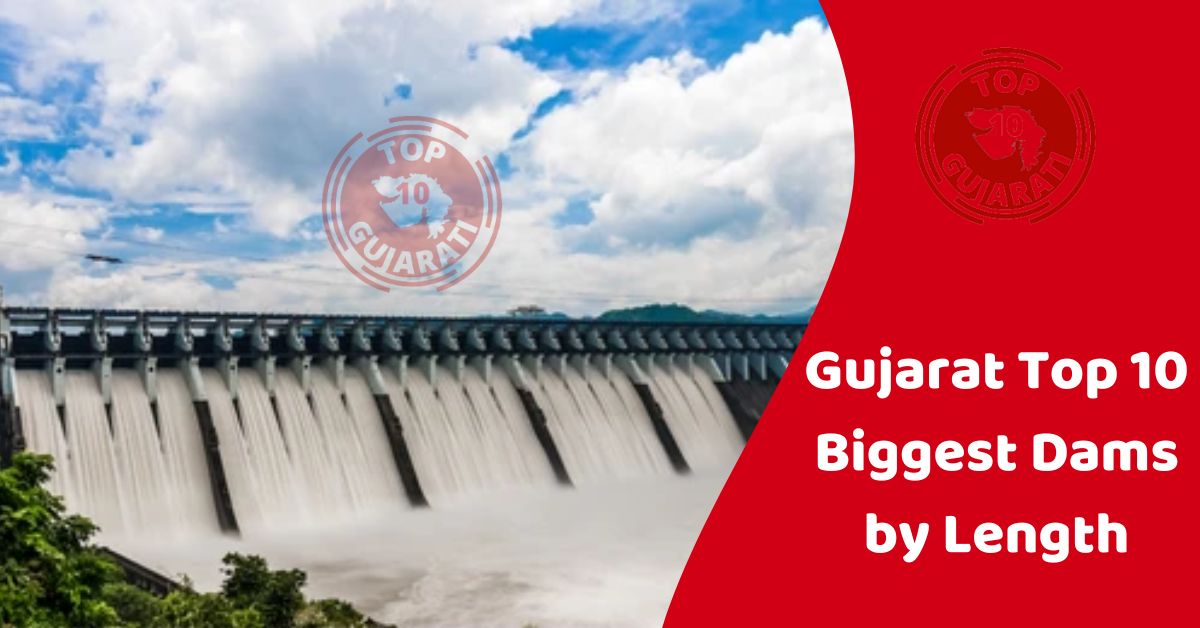 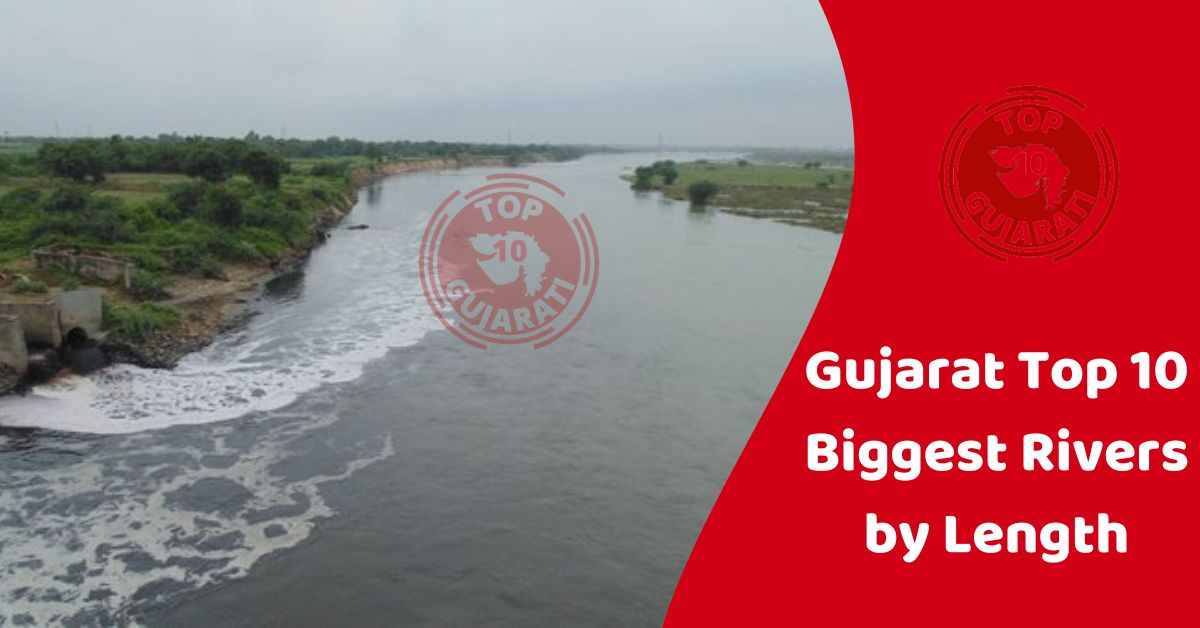 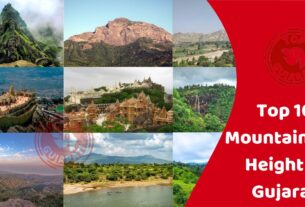